Page 2 of 2
by john71
Space Engine is a game, not at all realistic in it's graphics. If you want to play a video game, it's OK, but it is not space simulation, it's a fantasy space game.
by Spaceman
From what I have seen from pictures and videos, Space Engine looks amazing! Tons and tons of stars (not only on Milky Way, and maybe even more than No Man's Sky, but most of them fictional) with tons of planetary systems (again, most of them fictional), fully 3D planetary surfaces, space-time distortions from black holes, lovely 3D nebulae, and the ability to make your ship and explore space with it. Oh, and fully customizable, with plenty of addons to download (although not as many as Celestia has). So, I have a little question. Is it possible to use some Space Engine to improve Celestia, and vice versa? Is it possible to mix Celestia with Space Engine, taking the best that both programs can give to us ?

by Alexell
Spaceman, Maybe something of textures and models can be used, if they will take from the SE. If someone from oldest developers of Celestia comes back, we can take some ideas from the SE and implemented in Celestia. It's my opinion.
by SVision
I became acquainted with Space Engine in 2013. And he met with this simulator is immediately ignited a desire to play in it . When I tested his ability, he was extremely impressed by the extent of his vast universe. I have the desire to sit in the simulator and explore its every space object. But over time, I started Space Engine annoying. And by the time I realized that most of the objects of the universe SE fictitious and, in fact, this product is than the average of the universe and space simulation game in which he then evolves.
My opinion: Space Engine and Celestia by and large are not competitors, because they have different focus and different users. SE will play in the future and it is gamers will be the main users.The key advantage of Celestia before his (to some extent) by the child and should be of full scientific certainty .On the program that actually aims Celestia.Sci. And I think it's true, as our program (as I see it) is to contain primarily only those objects, which have one or other scientific information. All we have to inaccuracy minimized. Otherwise, in the future, we run the risk of becoming a clone of the SE.

.
by robulous
Space Engine just looks so much better, that's the main problem with Celestia. It's also much easier to navigate, and being able to land on planets and look up at the stars is great.

Is Celestia more accurate? Presumably they're both based on similar data - the only thing is SE procedurally generates the contents of star systems, whereas in Celestia, every star in the universe is empty. If we're going to talk realism, Celestia is totally unrealistic in having a totally dead and empty universe outside our solar system. SE inspires a lot more wonder.
by FarGetaNik

As far as I know, Space Engine uses simple keplerian orbital elements (comparable to the "EllipticalOrbit" property in Celestia). Celestia can use sampled orbits (xyz, xyzv) or even spice orbits, which makes the position of solar system objects much more precise. That's crucial for spacecraft encounters. Space Enginge doesn't have this, so spacecrafts can't be done there for now. As I stated, the two programs have a very different focus. So if you prefer exploring a procedural generated and somewhat realistic universe with great graphics, use Space Engine. If you prefer accurate positions of solar system objects as part of a 3-dimentional planetarium and track spacecraft missions, you are better off with Celestia.
by john71
Celestia is way more realistic for me. Space Engine is a game, it feels a little bit fake.
by Cham
Guys, could you post some pictures from Space Engine ? I don't think we could use it on OS X.
by john71
Here we go...
by Cham
Looks pretty. More please. It's fun to do a comparison.
by PlutonianEmpire
I do have my own image album from Space Engine on imgur, although I haven't updated it in a few months. 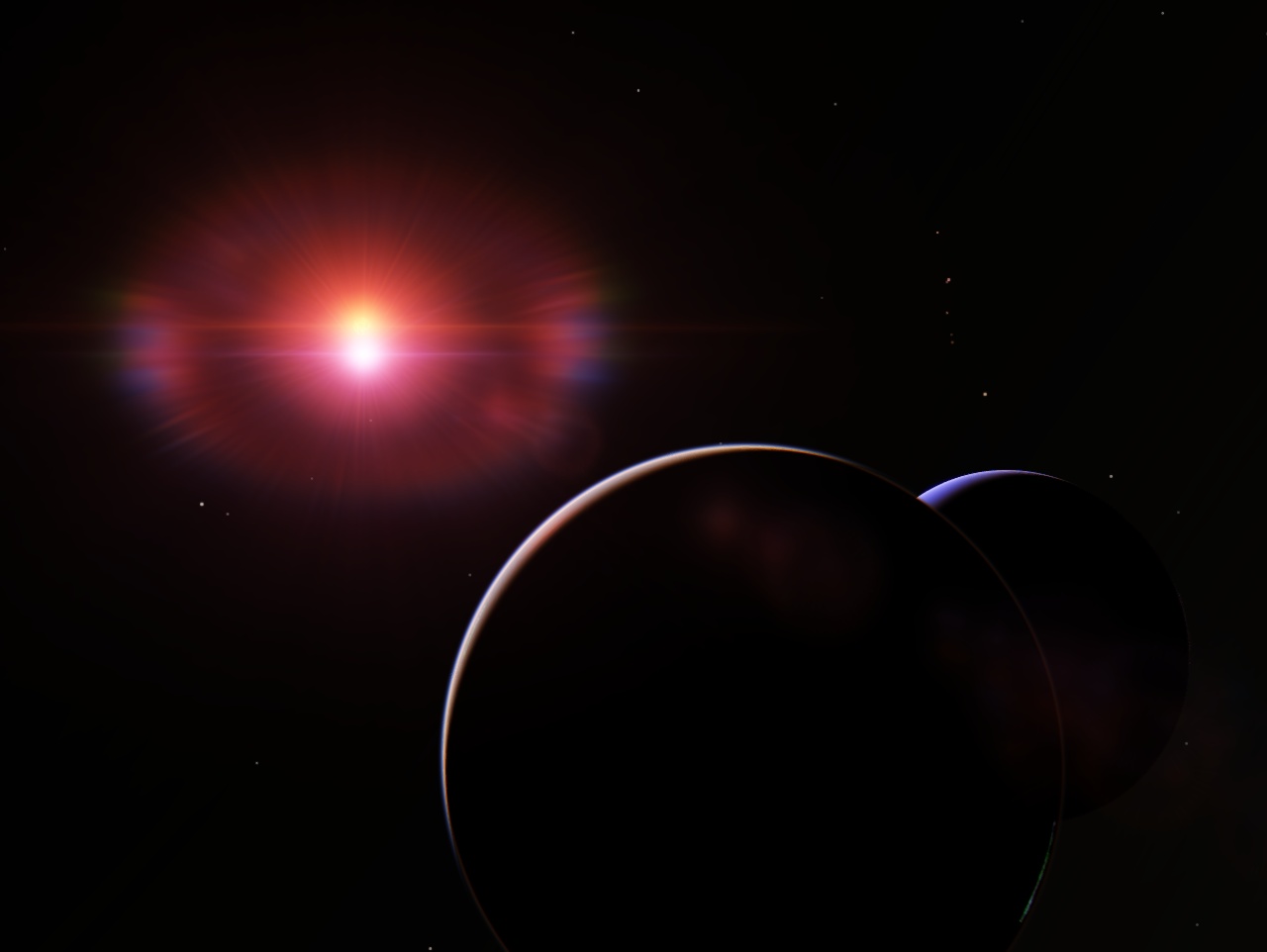 by bh
Does look very nice...!!
Not for mac... seems a mac version is light years off.
by john71
Space Engine SEEMS very good, but after a time it feels repetitive, fake, unreal...for me, anyway. Celestia has a very realistic feel to it, sometimes it feels like real space travel. The colours, the shadows, the lights are somehow realistic. Real space objects are not like the ones in Space Engine. Space Engine looks like a CGI Hollywood space movie. Nice eye candy, but not real.
by Cham
At least, the real time (is it ?) complex landscape rendering looks very convaincing.

I guess you need to have a strong video card to render these in real time with a reasonable speed. I would like to have this feature in Celestia.
by john71
Yes it is real time rendering, but it needs time to render every detail. My main problem with Space Engine is the repetitiveness of the rendering algorhythm. To see procedural stars and procedural planets and surfaces being generated randomly is a major turn off for me. Real planetary textures are very different and I can see/sense the difference. If we don't know some part of the Universe, at least we should use hand crafted planets and surfaces, not repetitive algorhythms.
by PlutonianEmpire
Yeah a good video card is definitely needed, the Spec requirements specify a minimum of 4 gigs of RAM and a Nvidia or AMD/Ati with 1 gigs of dedicated vram, with dual core 2 ghz for th The recommended, of course is double, with 8 gigs of ram, 2 gigs of Nividia or AMD/Ati dedicated vram, and quad core 3 ghz. And at least OpenGL 3 or 4. Intel HD has minimum support but my Intel HD 4400 can run it well enough for me.