5 planets have been detected around the sun-like star Tau Ceti, which is 11.9 light-years from Earth. There is also detected a possible habitable world.
Tau Ceti is also a target for searching extraterrestrial life, which SETI are working on.

The minimum mass of this potentially habitable world is 4.3 times of Earth's mass.
Nobody know if this is a rocky world, it can be an ocean world. The year of this planet, is 168 days, and the planet is located around the "Goldilocks zone" to Tau Ceti, but the distance is not yet confirmed.


This is really exciting and really fun to read. I like these kinds of news. 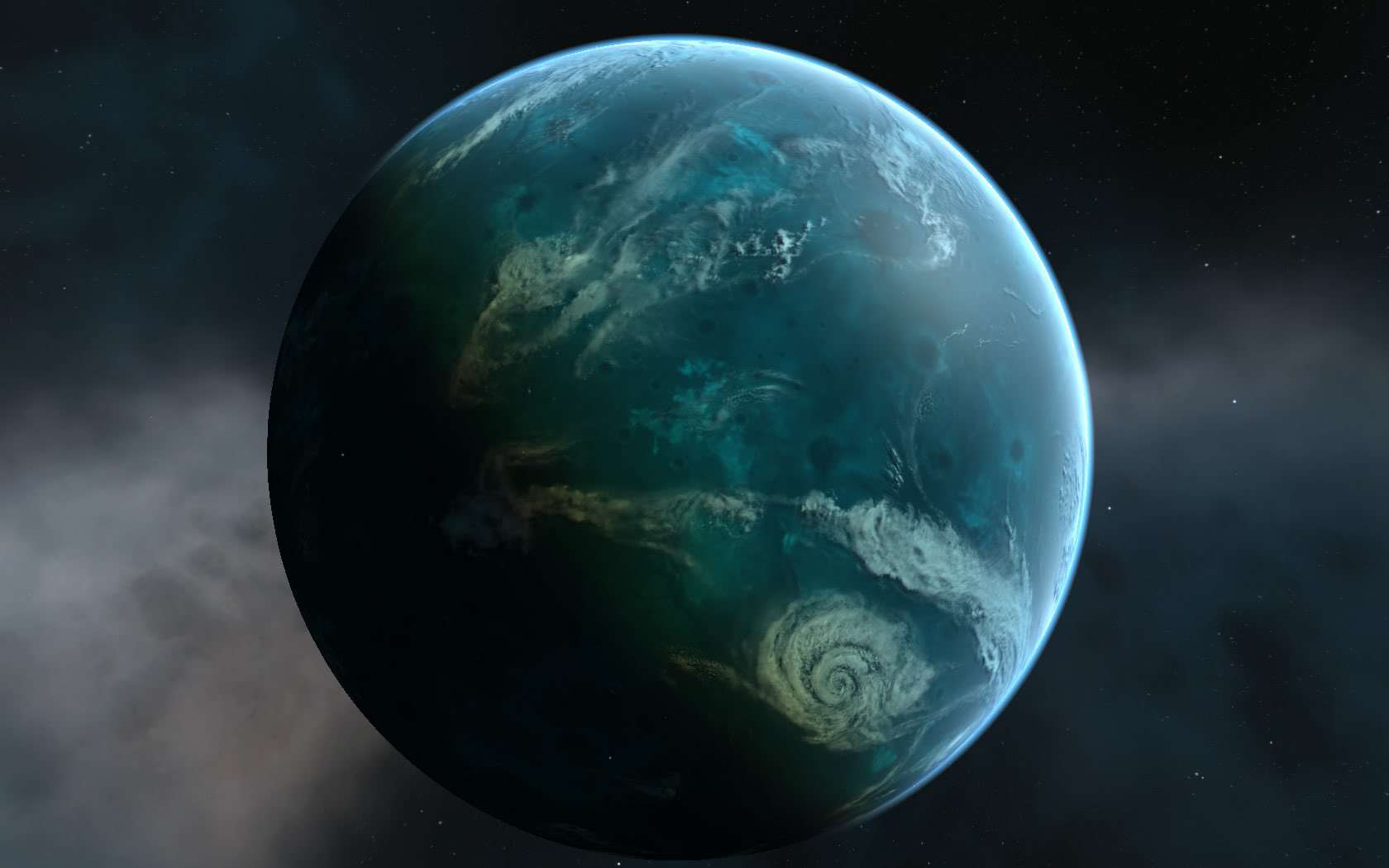 Me too. I read it, but it is the mass of the planet that decides if it is a rocky or gaseous or whatever. What the planet is gonna produce
Computer specs

I've already posted a link to the original arxiv paper, and notification that I've added these planets to Celestia's SVN tree.
See here: http://www.shatters.net/forum/viewtopic.php?f=7&t=17180
Not sure why we needed another thread on the same topic.

"We pioneered new data modeling techniques by adding artificial signals to the data and testing our recovery of the signals with a variety of different approaches," Tuomi said in statement. "This significantly improved our noise modeling techniques and increased our ability to find low-mass planets."

I think to have a vague idea of what they account for. A similar kind of techniques were applied also in the audio-restoration realm years ago; either to add harmonics to the bass line or in modelling the noise floor of the tape to S/N ratio, before to develop specific softwares.
Never at rest.
Massimo
Top

olyv wrote:But i think that 4.3 times the terrestrial mass is too heavy for chemical reactions for life is done because gravity would be too high ... no ?

olyv wrote:i spoke about rocky planets and not gas giants (like you)....
a "hypothetical" rocky planet four times heavier than the Earth should have a stronger gravity.

Correct. My point, given that no assumptions of the planet's composition was stated, was that the planet could be one of those low-density "mini-Neptunes" that Kepler has been finding. Consider the Kepler-11 system for example, and remember that the Tau Ceti planets, provided they exist, are most likely more massive than their stated minimum masses as derived from radial velocity.

Pleasure. Thanks for taking the time to say thanks.

olyv wrote:But i think that 4.3 times the terrestrial mass is too heavy for chemical reactions for life is done because gravity would be too high ... no ?

Can't think why. Chemistry's pretty much immune to gravity.

Hungry4info wrote:Why? There's a ~100 Earth-mass planet in our solar system with less surface gravity than Earth. Clearly the planet's mass can't be the only deciding factor in the surface gravity.

Since when does Saturn have a surface?

I remind you that tau Ceti is part of the famous Betty Hills map. That star is just in the middle of the map

Isn't that extraordinary ? (or maybe we should say "exordinary" ?)

The Betty map addon is already available on the forum, in case you're interested in this kind of "cultural" thing.

Hehehee !
"Well! I've often seen a cat without a grin", thought Alice; "but a grin without a cat! It's the most curious thing I ever saw in all my life!"
Top

I assume your question was meant in jest.

Hungry4info wrote:Why? There's a ~100 Earth-mass planet in our solar system with less surface gravity than Earth. Clearly the planet's mass can't be the only deciding factor in the surface gravity.

Since when does Saturn have a surface?

Technically, it does. If you go down deep enough, you'll find something solid due to the pressure inside the planet though good luck trying to get to it.

A fish without a bicycle cannot contemplate his navel