I found a UFO on Mars on Google Earth, I can't believe it, do you think it is a UFO?

Do you know the scale and can you estimate the diameter?
Top

Brings back memories of the old 'Face on Mars' fad that was briefly popular back in the 80's.

The big book about that was less noteworthy for its actual content than because the authors were attempting a sort adhoc explanation for a new and radical communication concept at the time - something called 'email'. (much of the book was email snippits cobbled together).

The 'Face on Mars' met its demise when the next generation of Mars Orbiters finally arrived and were able to photograph the formation from a different angle, under different lighting. I would strongly recommend this be done here before getting carried away.

(Worth noting - in the immediate aftermath of the 'Face' debacle, there were a number of folks who searched through piles of Mars pics, identifying quite a number of features that, at first glance, could be considered 'artificial'.
Top

well, for me it looks like it is metal there, look at the colour of it
Computer specs

Looks more like a giant snail to me - complete with trail!

and what is that grey colour and the rings there?
Computer specs

They light grey colour could be caused by sublimated CO2 or water vapour. There's a lot of dry ice and water ice to be found on Mars, especially in the shadow side of craters near the poles. An example: 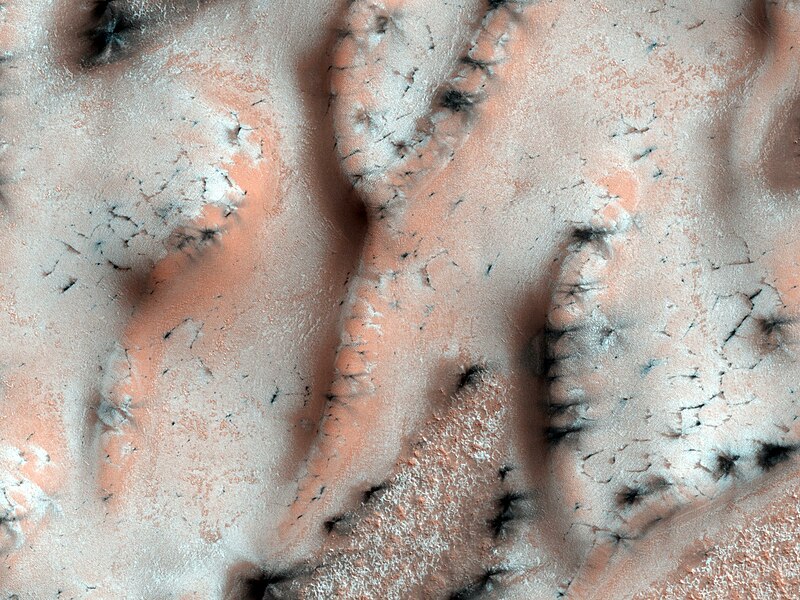