with Rosetta waking up 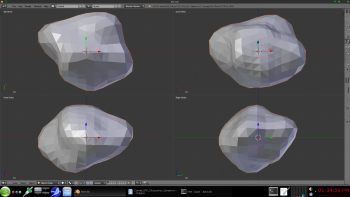 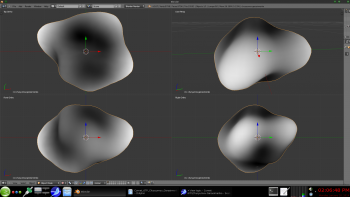 by farshot
Hey guys. Hate to be here again, but you can guess why...

I've taken steps to halt this latest affront by BDFD/numerous-aliases (with plenty of suspicion directed to argelesmer). Stay tuned.

has been in the news , so some pretty pictures two different " structures "
by john71
Nice work! KIC 8462852 should have it's own topic...very interesting star...maybe we should collect all add-ons related to it...
by John Van Vliet
updated 67p from the Rosetta navcam data and SPICE by VF2_Rolf
A few Celestia shots...

by FarGetaNik
VF2_Rolf what is the first screenshot? A nebula or a comet? I looks amazing

FarGetaNik wrote:VF2_Rolf what is the first screenshot? A nebula or a comet? I looks amazing

FarGetaNik, alas, I hasten to disappoint you, but it probably is the nebula NGC 2261 http://celestiamotherlode.net/catalog/show_addon_details.php?addon_id=551
Author presented here just liked it objects to Celestia.
by FarGetaNik

SVision wrote:FarGetaNik, alas, I hasten to disappoint you, but it probably is the nebula NGC 2261 http://celestiamotherlode.net/catalog/show_addon_details.php?addon_id=551
Author presented here just liked it objects to Celestia.

Ok I figured that much, but I was hoping to finally see some better comet rendering in Celestia, I was maybe a bit spoiled from Space Engine

FarGetaNik wrote:but I was hoping to finally see some better comet rendering in Celestia

For models Cham has a great future. It is also possible that in this regard too

.
by VF2_Rolf
It is indeed the Hubble Nebula.
by Fenerit
Few quicks screenshots of an add-on I'm trying to finish...

More detailed plates and spreading ridges integrates the Cham's ones...

Vectorial quaternary eolian deposits' stamps. An equally spaced tiny circle overlayed upon the areas has been rendered as level curve with QGis and inserted within the CMOD.

gebco bathy overlayed by NOAA ages of the ocean floor rendered from dataset. Age of ocean floor are colored accordingly with ages of the geomap (such "Nankay trough" is indeed disturbing... run a command and then some image manipulation and converting
and there is a normal and texture
by Cham
John, 4k png please !

by mjoubert
@fenerit : very impressive!
by FarGetaNik
John Van Vliet, looks pretty realistic! It doesn't have that much craters, which might or might not be true for medium-sized KBOs. For the intensity of shading I guess this object could be around the size of Ceres, so considering color and albedo this would work for Salacia or Orcus

A mesh would also be nice

Without having to hand sculpt a mesh , getting decent looking craters are a problem .


dry mars like and earthlike are rather easy , and so are gas giants
by Cham

this map is very good !

Please, can you make a 4k PNG version of exactly the same texture (with its normal map) and send a link ? I would like to use it for a moon in some galaxy.

I would like to know how you do that with Blender. Could you make a precise step-by-step tutorial on the forum ? With a link to a complete Blender file as an example ? This is very interesting for Celestia !

I suggest to give a file for each kind of planet that you have done : a giant gas, a mars-like, earth-like and the moons/asteroids...
by John Van Vliet
to get a 4k image i would need to upscale the smaller 3200x1600 image
this was not created in blender, but a hacked version of "earthlike.c" from "space:nerds in space"

so there is no *.blend file for this more craters but not large ones yet
All times are UTC
Page 7 of 17
Powered by phpBB® Forum Software © phpBB Limited
https://www.phpbb.com/